It was entitled "When Saira met Sarah" after the name of a five year project bringing together Muslim and Jewish women writers from across the North West. The project was facilitated by two well-known published writers, Ms Sherry Ashworth who is Jewish and who also read some of her own work at the literary event, and Ms Anjum Malik who is Muslim but could not be at the literary event.

Seven Muslim and Jewish women read out their own creative writing, consisting of both stories and poetry on a very wide range of topics including domestic violence, prayers, football chants and life in an Israeli Hospital that has a mixed Jewish and Muslim staff, and which serves both Jews and Arabs.

Qaisra Shahraz, a world famous novelist and Forum Executive Member also read out an exert from her latest book and Heather Fletcher, Co-Chair of the Forum, gave the vote of thanks

Dr Jackie Lewis, another Forum Executive Member and one of the women participants in the project said "This was a beautiful event. Jewish and Muslim women read stories they had written and these stories were emotional deep and heart felt. They gave the audience an insight into the deep feelings of women and their wish to get on together in harmony and peace." During the event Dr Lewis had read her story mentioned above about the Israeli hospital.

Ms Shamshad Khan, who recited several of her poems, including one in Urdu, stated "This was a wonderful opportunity to be under the same roof with Jewish and Muslim women sharing our creative cultures."

The picture below shows some of the participants in the event. 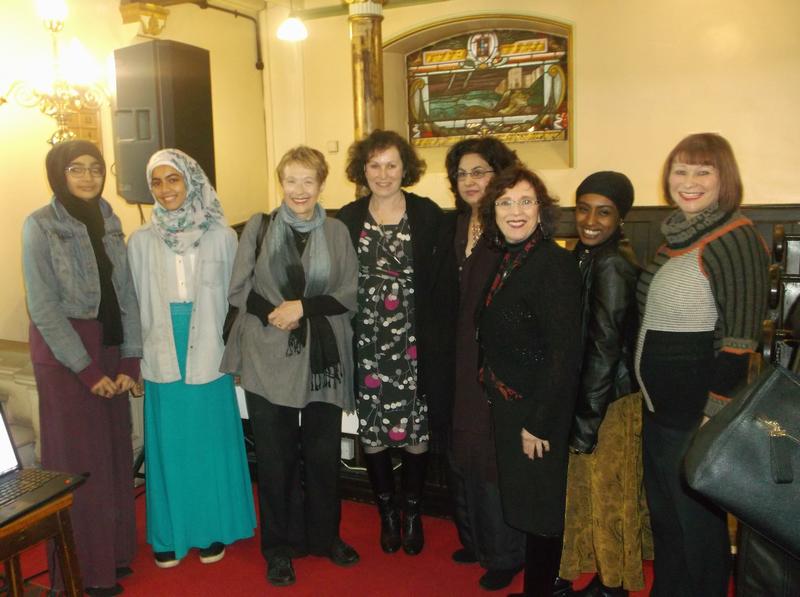