Our visit to Dubrovnik's synagogue and mosque

Five members of the Muslim Jewish Forum of Greater Manchester, Mohammed Amin, Tahara Amin, Heather Fletcher, Qaisra Shahraz and June Rosen visited the Croatian city of Dubrovnik from 13 to 15 June. This was the group's fourth overseas trip to see places of Jewish and Muslim interest; they have previously visited Auschwitz, Granada and Marrakech.

After a guided walking tour through the old city, the group visited the old Sephardic Synagogue. This is the oldest Sephardic synagogue in the world which is still in use, and the second oldest working synagogue in Europe after the Alteneu Shul in Prague. In the 19’th century the Dubrovnik Jewish community numbered 250 people who were well respected in the city and held high office. However, today there are only around 50 Jewish people living in Dubrovnik and services are only held in the synagogue on the High Holy days.

Following the visit to the synagogue, the group visited the mosque in the old city. The Imam, Salkhan Heric, stated that there were around 1,500 Muslim families in Dubrovnik and that Muslims had lived in the area for several hundred years in a tolerant environment. He also stated that he was on friendly terms with Sabrina Horowicz, the President of the Jewish community in Dubrovnik.

Heather Fletcher (Company Secretary of the Forum) stated "This was really interesting tour to beautiful Dubrovnik. It felt special to visit both the Synagogue and Mosque in the old city as Muslims and Jews on holiday together and to share these unforgettable and bonding experiences"

Mohammed Amin (Co Chair) stated "Muslims and Jews have a long history in Europe. Awareness of our shared past can help to improve mutual understanding today.”

Below are the travellers in the synagogue: 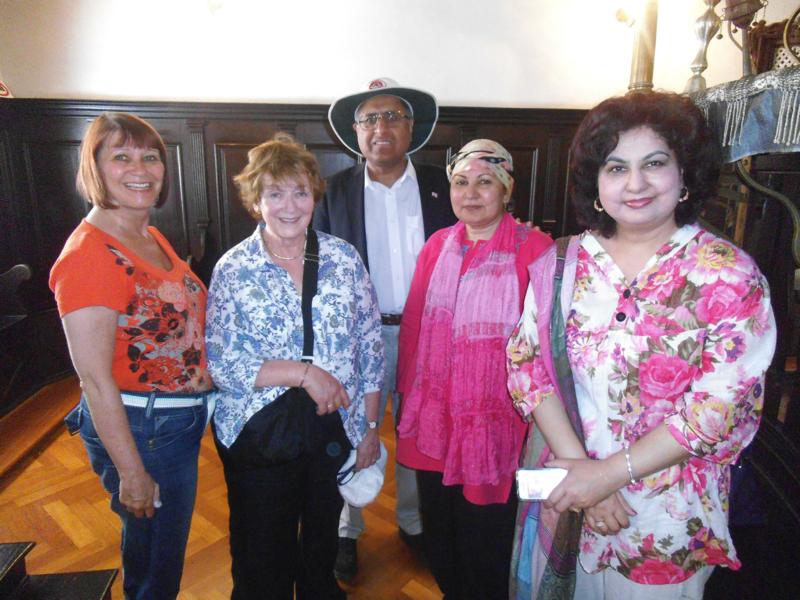 And below in the mosque. 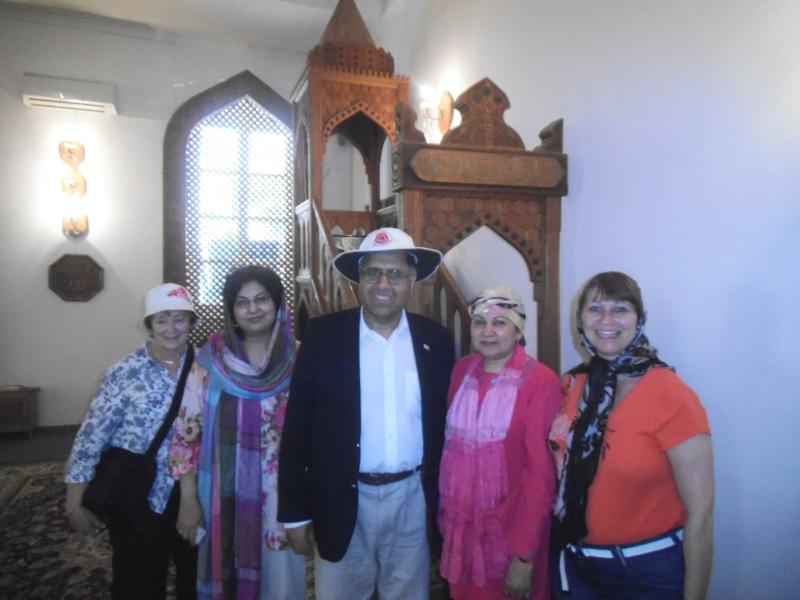